This document is a brief history of my family's service in the Great War, WW2, Korean War and other conflicts. It was not undertaken just for my family but for all those men and women who fought and in many cases sacrificed their lives for our country. Many of those who did survive came home with physical and psychological injuries and so many disturbing memories, that they were scarred for life as a consequence.

The families of those who served overseas must also deserve a mention, as every day they would wake up not knowing whether or not their relative may or may not be still alive, or that they may be in a hospital somewhere being treated for injuries received or some disease they may have caught.

In some cases, it may have been weeks or months before they found out that something had happened to their relative and one can only imagine finding out that someone you had been praying for protection, may have been in fact been dead or badly injured for some time. In the case of son, father, brother, husband this would have been almost soul destroying.

The Royal Australian Navy, in which my father served, as well as the Australian Imperial Forces (ANZACS), in which my four uncles served, are recorded within this document. I have never heard of sailors being referred to as ANZACS and that is why I have separated the service records into these different branches of the services.

As far as is known, there were never any family members in the Air Force(s) (Flying Corps) during W.W.I. The service record of my children’s father in the 1st Armoured Regiment in W.W.II is also recorded therein. In one of the final chapters (though not to the same degree of complexity), I have included some information on all other relatives that I am aware of who also have seen service in the Australian Armed Forces over the last 100 years.

I understand that the word ANZAC was used first by the British, who decided that referring to the Australian and New Zealand Army Corps was far too long for logistical purposes and thus the acronym ANZAC was born.

In the light of the depth of what I consider to be historical value of the information I have obtained over the last 16 years or so in my quest to establish the genealogy of my family, I have also recorded all letters, newspaper articles, decorations/ awards/ citations and lists of all known relations, who were in the armed services in all wars. I have also included anecdotal material and written data kept by other members of my family, as well as from Official Records and some books. The family members were my cousins Ted, Clyde, Betty, Nancy, Bill, Dorothy, my brothers David and Charlie and of course myself.

My son's knowledge and advice on war history and editing was invaluable to me while I was working on all the records. I am also very grateful to my Webmaster, who assisted with editing and recoding ready for uploading to our Smythe Family website.

The records at the Australian War Memorial, Commonwealth War Graves Commission, National Archives of Australia and some individual historians and researchers have provided a vast amount of information that has been a great help in answering many of my enquiries. After accessing Official History of Australia in the War – 1914-1918 Volume 1X- The Royal Australian Navy by A.W. Jose on the history of our Navy, as well as F.M. McGuire’s book ‘The Royal Australian Navy’, documenting the movements of the ships on which my father served, this enabled me to write about his life at sea and provide a basic record of his movements around the world in W.W.I.

The completed document to this point has been checked, rechecked and is as accurate as I can possibly make it but it is in fact “a living document” allowing for the inclusion of additional information/photos or more verified data becoming available and/or corrections.

I would appreciate it if any readers consider I have made any errors, please contact me so that they can be amended. Also, if you have any additions or photographs for this history please email me. In view of my advancing years, I have included my son's contact or email the Webmaster. 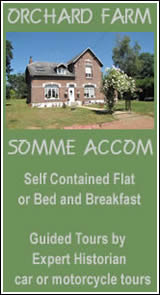