The Importance of an Advance Care Directive and Enduring Guardianship

Nobody likes to dwell on the negative, but there are certain things in life we need to take responsibility for so that we don’t burden our children and grandchildren.

Decisions involving your Will, Power of Attorney, Organ donation or DNR orders should be made well in advance and reviewed frequently. If it becomes necessary for family members to make medical decisions on your behalf, it is wise to have full and frank discussions about your views beforehand. Failure to do so will just cause mayhem and heartbreak for your family.

My mother was sensible enough to have a Will, written funeral instructions, and an Enduring Power of Attorney. There is a huge difference between a normal PoA, which allows legal decisions on property and money and an Enduring PoA which is a “voice” if you are left speechless.

My mother has three children, the eldest being a doctor. Yet my mother did not choose the doctor to be her EPoA, she chose me. She knew that doctors often make decisions based on what “can” be done – not what “should” be done. Mum sincerely believed that an Enduring PoA would be sufficient for me to legally and morally act on her behalf.

She had expressed on many occasions and to many people that she did not want to end up in a Nursing Home being a leech on society. She wanted to be an active participant in her community and contribute in a meaningful manner. If she could not do this, then she did not want to live.

On November 18, mum had a stroke. She was extremely slurred in her speech and paralysed down the left side. The bleeding into the brain was active and the hematoma had gone from a golf ball size to an orange in 24 hours.

On Monday, the neurosurgeon gave me the option to operate and relieve the pressure in the brain. The outcome would still be permanent paralysis and uncertain extent of brain damage but possible regaining of her speech. The best case scenario would be high level nursing home for the rest of her life. She would always need assistance eating, dressing, turning, moving. She would not be able to use the computer (which she loved) and they could not tell me which parts of the brain would be affected. This scenario was her worst nightmare.

After long discussions with family members, I knew what I must do. Nothing.

Withdraw all medical treatment and let her pass away peacefully. I was 100% certain that that would be her wish and this was confirmed by several of her closest friends who had had recent discussions with her on this very topic.

I had Enduring Power of Attorney. I was her voice. I took that responsibility very seriously and although I did not want to say goodbye to my mother, I knew she would not want to live given the circumstances.

She was placed in palliative care and would be allowed to pass away naturally.

For the next few days she was kept comfortable with morphine and at times had short periods of comprehension. It was difficult to tell if she recognised me at times, but she always nodded and responded to my daughter Jordan. She could follow commands and seemed to understand questions but the lucid moments were few and far between. She responded well to the flavoured gel in her mouth indicating that her taste buds were still active. One side effect of the morphine is a dry mouth and so we were all regularly swabbing her mouth and lips with liquid.

By Friday she was non-responsive. Her best friend Maureen came to the hospital but mum did not rouse all morning. At lunchtime, Professor S called me back to the ward and said “he was not comfortable” with my decision to let mum pass away. He said that because they had withdrawn fluids, the brain bleed had stopped and that she could be saved. He was not offering any better outcome than the neurosurgeon had given me 4 days beforehand, and her only future was still to be paralysed in a high care Nursing Home. Professor S was nothing more than a bully. He was rude and arrogant and acting God-like.

He kept saying she was “getting better” but that I was now starving her. He said “she’s asking for water and wants to live” She was indicating a dry mouth and whenever we wiped her mouth out she was more comfortable and settled. Professor S was interpreting her “asking” for water as her wanting to eat and drink. He put enormous pressure on me to change my mind.

I once again conferred with Jordan and Maureen and we reaffirmed my original decision to allow her to pass away naturally. It was very difficult to resist Professor S’s bullying and had I not had the family support I probably would have caved to his will.

On Saturday I spent all day at mum’s bedside. She had a period of lucidity and I once again broached the subject of her future. I explained her medical position and she nodded understanding at every sentence. I kept asking leading questions and she nodded or shook her head appropriately so that I was convinced that she had full comprehension about what was happening to her. When I mentioned that the doctors wanted to save her just to put her in a Nursing Home, she shook her head violently and squeezed my hand until I reassured her that that wasn’t going to happen.

On Sunday morning, Professor S rang me at home and reiterated that he was not comfortable and wanted  to rehydrate her. He was still not offering a better outcome and still insisted mum was “now conscious”. I disagreed and said her level of consciousness had not changed all week (he is not the one who has been sitting with her 8 hours a day). He said she can speak, but we know she can’t. I then said if she is so conscious and can speak then why doesn’t he ask her what her wishes are. He said she can’t be trusted to make those sorts of decisions.

I was under the impression that if he rehydrated her, the brain bleed could just begin again and she could easily throw another clot from her lungs. He said it was possible but he would “deal with it if it arose”. It seemed to me that he was just bulldozing ahead because he “could” and not with mum’s best interests at heart.

His manner was reprehensible. He accused me outright of torturing her and that he “would not stand by and let me kill my mother”.   It seems that Enduring Power of Attorney means nothing!

Jordan had a similar conversation with Professor S and  reported that he continued to bully her and constantly just talked over the top of her. He stated that he was not going to consider her opinion anyway as she was not medically trained. He would consult with my brother, because he was a doctor, but he would be overriding the family decision.

Let me reiterate that mum chose me to have Enduring PoA – to be her voice - to make the right moral decision.

So not only did I have to make the hardest decision of my life, I was forced to make it 3 TIMES!! And even then it was overruled. What’s the purpose of forcing the family to make such an agonising decision if it can be so easily dismissed by medical “professionals”?

By Sunday evening Professor S had intervened and begun rehydration. This was the first step towards reintroducing the feeding tube and other medications to “save” her.

I asked for Professor S to be removed and for mum’s case to be reviewed by another doctor. Apparently Dr W did his rounds on Monday morning before we arrived and left orders in line with Professor S’s intentions. He did not consult the family.

The Palliative Care doctors spent a lot of time with us listened to our concerns and the incidents that had happened over the weekend. They talked to us very frankly about the future and the various alternatives. Because she was rehydrated, mum was alert and listened to everything that was being said. We talked some more about mum’s wishes and when Dr R asked her outright if she wanted a feeding tube or any other intervention, mum spoke very clearly and adamantly NO! This was the first word she had said in days. 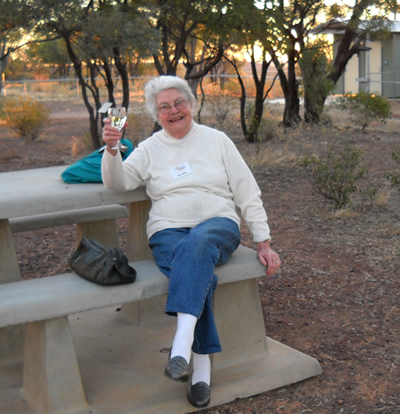 The Palliative care doctors then put everything in motion and immediately took over her care. They organised her transfer to Sacred Heart Hospice and away from “medical interference”. Mum was very calm and alert to what was happening.

Mum passed away peacefully and painfree a week later. I sincerely believe that by intervening with hydration, Professor S had prolonged her death by 3-4 days. This was pointless and unnecessary and  just caused more heartache and agony for the family.

We all believed that an EPoA was sufficient – it is not. What is required to prevent such a scenario happening to your family is an Advance Care Directive and Enduring Guardianship.