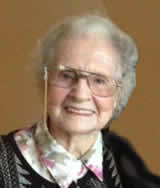 While researching history of WWI and WWII, I realised there were no records of remembrance for the W.A.A.A.F. (Womens' Auxiliary Australian Air Force). There were 27,000 women who enlisted between 1941 and 1947 and I believe that they should not be forgotten.

I created a Facebook page with my own stories and photos and invited any WAAAF still living or descendants to contribute their history. There are so many photos of WAAAF in the AWM Collections but some do not show a record of the names.

Where it all began

I was very excited in 1941, when recruiting began for women to be part of the services and put in an application to join the WAAAF, as soon as I turned 18. I was patriotic and wanted to do something to help the war effort. My father would not sign the papers but after some pleading my mother did so. I studied the three services and decided that I did not like the colour khaki, so that ruled out the AWAS. The WRANS and WAAAF were using navy and I preferred the look of the WAAAF uniform.

The fact that I might be posted overseas did not occur to me at that time. The Minister for Air, Hon. A.S. Drakeford directed that no WAAAF were to be sent outside Australia. I discovered that at least two did make it to New Guinea and the Solomon Islands. One of these (a Dietitian) travelled extensively. Some women were stationed in Broome during the Japanese Bombings.

I did hear of a Stenographer being sent to New Guinea to take notes at Courts Martial during the war but I doubt I will be able to verify this. In 'The WAAAF Book' (edited by Clare Stevenson and Honor Darling) there were notes that a group of Sick Quarter Attendants were specially trained to go to New Guinea but were not allowed to go there. There were also notes that Gen. Macarthur wanted some Radar Operators to go to New Guinea with his group but of course that was not permitted. Some WACS were then brought out from America to learn the duties required.

Per Ardua Ad Astra "Through adversity to the stars" or "Through struggle to the stars" is the motto of the Royal Air Force and other Commonwealth air forces such as the RAAF, RCAF, RNZAF, and the SAAF. It dates from 1912 and was used by the newly formed Royal Flying Corps. I think this is a very inspiring motto.

I was posted to RAAF Station, Nowra from Rookies at Bradfield Park in Sydney, as a Clerk Stores and stayed there for about 23 months. During that time on 28 December, 1942, I was sent to Laverton in Victoria for a Equipment Training Course for one month. I was promoted to Cpl. 1 December 1943. The next posting was to No. 51 Radar Unit, at Coolangatta and from there was sent to some Office in Brisbane for a few weeks. I do not know it's name or what work was carried out there. (This posting is not shown on my list of units/stations). I stayed in Barracks at Whytecliffe House. It was a lovely, old historic, two story home in Albion, close to the city. Lastly, No 8 Stores Depot at Macrossan, near Charters Towers, was my final service for about 6 months and then discharge in August, 1945.

My father had joined the R.A.N. as a cadet in 1912 at the age of 15 and served as an Able Seaman until 1919 and my mother's four brothers served in the A.I.F. in the Middle East and the Battlefields in Europe in WWI.

I grew up hearing many stories of their actions and why they were awarded bravery medals. In particular, my mother told me so much about my Uncle Bert (Cpl. Herbert Andrew Smythe) who was K.I.A. in the 2nd battle of Bullecourt that I felt as if I had known him personally, as I had the three brothers who came home.

For further information on their war careers visit Lest We Forget. 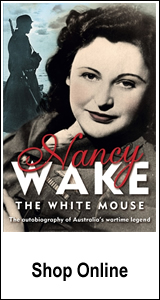